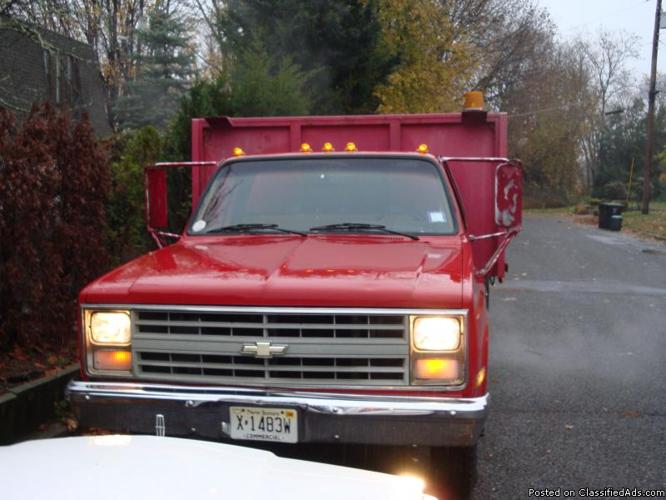 Up for sale is a Chevy Custom Deluxe 30 1-ton, 10' stake body truck, which is being sold as is. My grandfather bought this truck in / and owned it until his death. He used this truck for his small tree business, hauling brush (tree branches, limbs, trunks, etc) from his client's site to the landfill. This truck would be perfect for someone who's in the tree, landscaping, hauling, construction business or someone who's planning to plow snow from parking lots, etc.
This truck has a strong, nice-sounding 350 (5.7 Liter) V-8 gasoline engine. My grandfather had this engine rebuilt in and has accrued less than 7,000 miles since. The truck also has automatic transmission, power steering and brakes. This truck was built without any air conditioning or radio. The odometer reads 89,321 miles.
The following new items have been purchased/installed since June, :
- 2 brand new tires were installed on June 2nd for both dual wheels on the passenger side at $175 each, plus installation on-site. (The Treads on the remaining 4 tires & spare look great)
- 2 new wiper blades
- 2 new Sylvania PerformanceÃ?Â? headlights
- 5 brand new Truck-lite A amber lenses for the running lights on the cab's roof. (old lenses were cracked and weathered)
- Brand new fuel pump was installed in July, ($74.00).
- Brand new fuel filter was installed on January, .
- Two brand new fuel injectors were installed on January, at $74.00 each.
There are two storage areas on this truck.
a) The first is a large steel box on the forward part of the stake bed (just behind the cab) that can hold various large tools.
.... The measurements are: 89.5" (7' 5.5") wide x 24.5" high and 24.5" in depth.
.... This basically runs the entire width of the stake bed and has two padlocks.
b) The second storage area is underneath the stake body, just beside the passenger door which could hold things like gas cans, etc.
....The measurements are: 30"W x 20" H x 18"D.
....This has a lock but my grandfather never received the key from the previous owner - you would have to take the lock to a locksmith in order to have a key made if you want to lock this compartment.
The truck appears to have components under the stake bed for a hydraulic lift gate. You'll need to buy/install the rear lift gate itself if you want to use these components. I would also like to point out, since I've had several questions about it: The bed to this truck does NOT lift/dump in any way. Also, the wooden sides lift off in the event you want to use this truck as a flatbed and the bed's floor is made of steel.
I will include the following 2 new Chevrolet service manuals with the purchase of this truck:
a) Light Duty Truck, Fuel, Driveability and Emissions Service Manual
b) Light Duty Truck Unit Repair Manual
What it needs:
Brakes need to be checked - I noticed some fluid dripping on the inner part of the dual wheel on the passenger side. A few people told me this may be due to a brake cylinder leaking.  As of May 20, it was discovered the brake shoes on the back wheel sticks, especially when this truck is put in reverse. I guess this is due to the truck sitting for a while. You can move this truck but you have to give it more gas. I have lowered the price from $1,895 due to this, since this vehicle would likely need to be towed due to the sticking brake shoes in the back wheel.
Temperature gauge doesn't appear to be working - A new temperature sensor was installed on June 20th but the gauge still doesn't appear to work - I suspect this may be due to a circuit board connection that's glued to the back of the instrument panel or the gauge itself.
The rear part of the tailpipe, which is about 4 feet long has a small hole at the beginning where it meets the muffler pipe (about a foot before the rear axle - see picture). On the other end of this pipe, after it bends above the axle, the pipe rusted off/broke off alongside the wheel where the exhaust pipe support brace still hangs. The exhaust system before this pipe appears to be in good shape.
This truck is being sold as is WITHOUT the New $110 Duralast Gold? battery shown in picture! The price was lowered to reflect the removal of this battery. I will include an old Motorcraft battery that just died in my Lincoln so new owner can use it as a core deposit towards a new battery of their choice. Also, I can hook up the Duralast Gold battery so any potential buyers can listen to the engine.

It also should be noted there are small rust/cancer holes on the outside, just underneath each door (see picture).
This truck is being sold as is and the price is $1,600 (cash) which is firm - due to the substantial amount of money I have already put in this truck, as mentioned above, I won't go any lower in price.  If interested please call: --.  I am NOT interested in making a trade of any kind.

Click here to search for more - Cars in Berlin, Arkansas 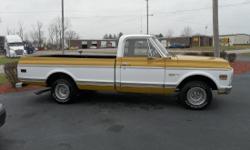 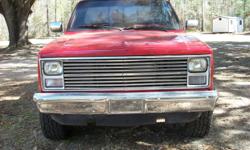 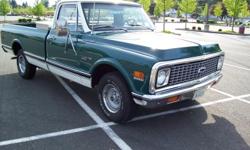 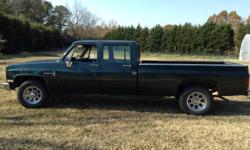 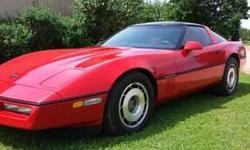 Classifieds in: Wausau
Category: Cars
Copyright © 2021 arkads.us, All Rights Reserved. Designated trademarks and brands are the property of their respective owners.
Home | Ads | About | Place an ad | Sitemap 2 | Popular searches 2 3 4 5 6 7 8